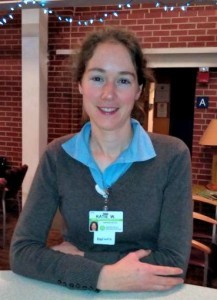 What is deformational plagiocephaly?
Deformational (or positional) plagiocephaly is an abnormal head shape caused by external forces.  There is typically an area of excessive flattening in one or more sides of the skull, and increased prominence in other areas of the skull.  The abnormal shape may be present at birth from conditions or positioning within the womb, or it may begin to appear after birth in the first few weeks or months of life.

What are other kinds of unusual head shapes?
Deformational Brachycephaly appears as a central flattening on the back of the baby’s head.  The head is also very wide.  Often, the height of the head is excessively high in the back.  Asymmetrical Brachycephaly presents as a wide head that is also asymmetric.  Deformational Scaphocephaly appears as an elongated head.  It is common among premature babies because they are typically in a side-lying position.

What causes abnormal head shape?
The Back to Sleep Program has decreased SIDS related deaths by 40%; however, it is estimated to have increased positional cranial deformation by as much as 600%.1  The increased use of baby gear like car seat carriers, swings, and strollers that put the skull in constant contact with a flat surface also contributes to the increased prevalence. Torticollis, or neck muscle tightness, often causes or contributes to flattening of the baby’s skull because of positioning problems.

Are there other concerns beside cosmetic ones?
Severe shifts in ear and eye location caused by abnormal head shapes can adversely affect the child’s hearing and vision.

Will this resolve on its own?
Cranial deformities present at birth should show improvement after a few weeks.  Cranial deformities caused after birth by positioning can sometimes be resolved with conservative treatments.  Increasing tummy time is the easiest way to do this.  Physical therapy may be required if torticollis is present.  If it has not improved by 4-6 months of age, a cranial remolding orthosis may be needed.

What is a Cranial Remolding Orthosis?
A Cranial Remolding Orthosis is commonly referred to as a helmet.  It is a plastic and foam helmet used to reshape an infant’s head that was misshapen at birth or has become misshapen.  It directs head growth into a more appropriate shape during the time period of the most significant head growth before cranial bones begin to fuse and harden.

A study released in 2006 involving 224 infants found that 96% of subjects treated with a Cranial Remolding Orthosis showed improvement in head shape.2  In contrast, 70% of the infants in the control group (not getting treatment) showed improvement, but the amount of improvement was much less. 2

How long will my child have to wear the Cranial Remolding Orthosis?
Typical treatment time is about 4 months of full time wear (23 hours per day).  Certain factors affect this time frame such as age when the orthosis is fitted, severity of the abnormality, and compliance with the wear schedule.

If you have further questions about this topic, please stop by our CDS office next time you are in the building, or call 864 371-6750.